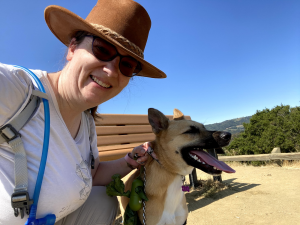 Managing Director
Phone: 650-493-8000 ext. 5
Email
Brittany Sabol joined the EV in 2007 as the Education and Training Director. She studied at University of Minnesota (Go Gophers!) and earned a B.A. in Theater Arts and a B.S. In Ecology Evolution and Behavior. Despite many suggestions to use those two degrees to train dancing bears, Brittany found the world of informal education through several internships including one with the World of Birds Show at the Minnesota Zoo. Shortly after graduating college, she and her software engineer husband moved to silicon valley. She enjoys playing with her daughter and training her dog to do new tricks.